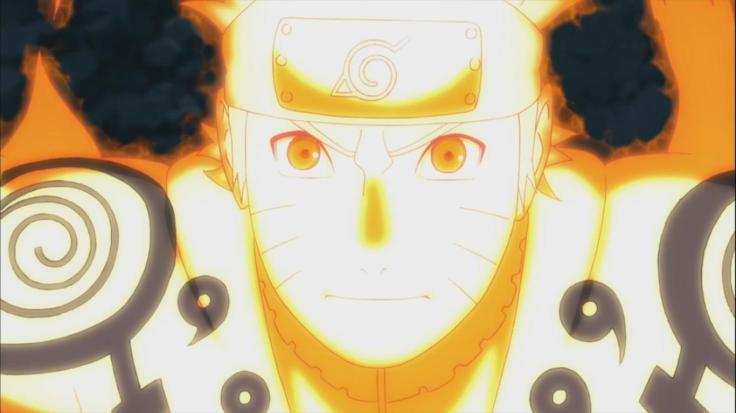 Well Well. This was a very thought provoking episode. Now we have the whole idea come back to Naruto. Can he single handily burden all the hatred to himself. Now I was thinking how can he do that and not even bring his “so Call” best friend Saskue aka douche bag from the powers of hate. Just like that my question was asked. It is like the writers read my mind. So we got a really cool conversation with the Nine Tails and Naruto. Which in my opinion shows how much Naruto is growing on him. I feel just when Naruto is about to die I feel that the Nine Tails gonna be the one to save the day. That is how this episode seem to me. I think it will be the foundation of things to come.

Now we are back at Saskue. Yes if you know me I don’t to much care for him. He is bent on destroying everything and I am sure after he accomplish that he will destroy something else cause they stump his big toe as a child. I mean he is like a lil child with no true guidance. Anyway we got a flash back with him and Naruto talking about the unisign. Naruto remembered his eyes and how they carried so much hatred. Well we all know how Naruto have to always take the negative and make it positive. So in great Naruto Fashion he reminds the Nine Tails of  his ninja way. Letting him know that one day he will even come back to him and take away his hatred. Hmm silly rabbit tricks are for kids. That came to mind when he said that to the Nine Tails.

Killer Bee is really cool. He may talk funny but he sure does know how to handle himself. It also helps that him and the eight tails are one. So the next episode to come seem to be an internal struggle. Either that or we have spies in the camp. All I know is Naruto is my favorite Anime once again. See you guys on the next episode!!