I know like many of us was looking forward to seeing the back story of Kurama was sadly disappointed. Don’t get me wrong it was still two good episodes but I felt they could of done better with the wasted ink. Not to mention being trapped in Final Fantasy 14 doesn’t make it any easier. That game got me by the balls.

Basically these two episodes showed us why Kurama had so much hatred for humans on a whole. Lots of older episodes starting from the good old Naruto days. I am talking like way back.

I won’t bore you with the past cause we all know how Naruto came from being the problem child of the Hidden Leaf Village to being the hero. Which in my opinion is why we love him so much. Having the Nine Tails in him didn’t make him evil. Actually it made him have more character. It wasn’t an easy road for him. Where we see the plan Kurama had to give him chakra from time to time. Using the hatred to his advantage.

From zero to hero. Only in Anime

So really and truly episode 327 was just a good review of the life of the Nine tails observing Naruto growing up. So lets fast forward to the matters at hand. We have Naruto in the belly of the beast. Literally. Just marinating on a monkeys tongue. Getting in some quality time with his inner Jinchuriki. Then mister masked man found out he was in the belly and decided to just absorb both of them inside of him one time. So the clock started the countdown. That is when Naruto woke up from his little nap and realized it is time to go. 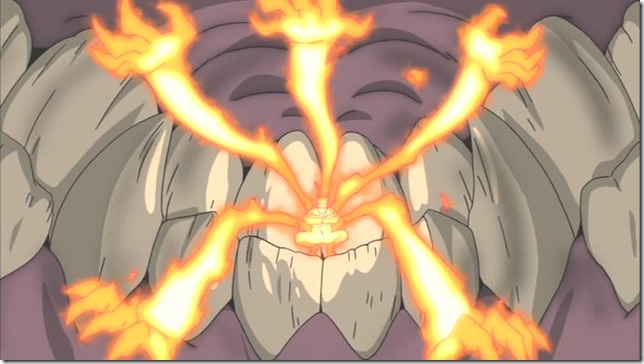 I don’t know about you but I don’t think that mouth ever saw a toothbrush or mouthwash. Just saying…. 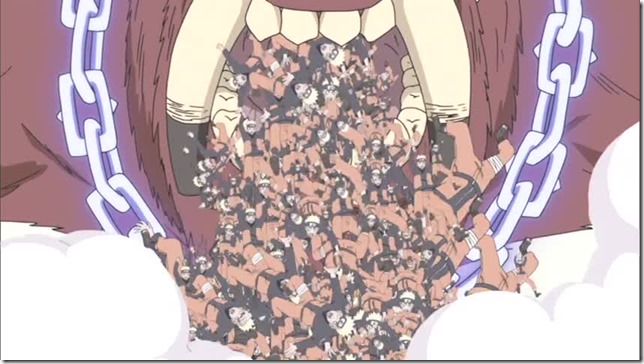 If he won’t open his mouth I guess I will just make him vomit me out. Just when I thought I saw everything…

Yep. I must remember that to much Naruto is bad for my health. The problem still remained. Naruto was determined to free the Monkey King Goku. I mean seriously DBZ fans have to find that funny. When Naruto found the steel rod that was controlling him he tried to set him free. Only to find out that it wasn’t as simple as he thought. The chains only got stronger and grabbed him. Just like Saturday morning cartoons the villain seem to have the upper hand. Naruto was being sucked in by the chains, Kakashi and Guy was busy fighting off the other tailed beasts. The eight tails was busy holding the Monkey King Goku. To make things even worse Kurama didn’t look like he was gonna lend any more chakra to Naruto. So how did this cliff hanger ended. 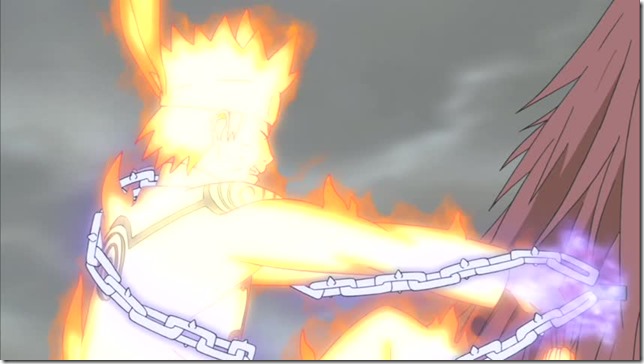 I knew I should of did that Insanity Workout

Screw it! Gonna just use a clone and hit it from the inside! 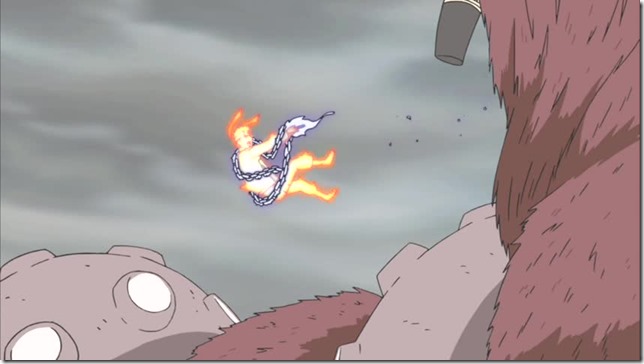 King Kong ain’t got nothing on me!!