Excellent. This episode was nothing but excellent. If there is a way that I can articulate words to express how much I loved this episode it would take all day. So let me try to sum it up in one blog.

As we know we are looking back on what made Obito snap. As I said before Obito was in the friend zone big time. Madara knew it and only waited for himto return heart broken. Little did he know how broken he had become. Watching his rival kill his girl through the heart with chidori…well that didn’t go well with him. Basically killed everyone. So now we have Obito pledging allegiance to what I call the “The Church of Latter Day Uchiha Saints”. Where Madara is the prophet! 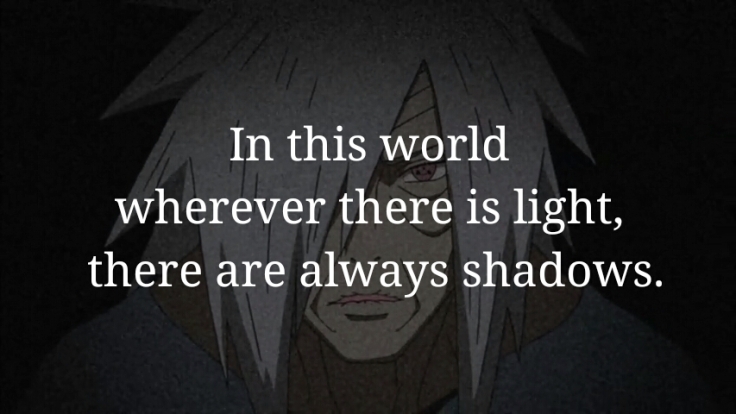 I won’t lie the idea behind the creating a dream world where there will be no pain seems almost blissful. Madara is right.

The longer you live, the more you realize that only pain, suffering and futility exist in this reality

No one wants to experience pain and suffering. Most times I know some people ask why does God allow bad things to happen in this world. Most want to escape the pain. Some commit suicide, some drink till they numb the pain. While others cope with it and move on with their lives. The thing about that which is the flaw in this new dream world is choice. Depending on your own will can either make you or break you. Which I think is a great thing. Yes it hurts sometimes but as you continue living great things can happen. Sadly these two Uchiha reached the tipping point and can’t deal with the hurt they have. One was beaten and lost his honor while the other wants a second chance at winning Rin.

OMG!!! This part had me tripping. Ok Ok Ok Ok flow with me here. Obito agreed to the plan of the dream world and that is when he took the red pill. Yall know what I am talking about. So yeah Madara dropped some serious knowledge about how he obtained knowledge of this jutsu. I have to commend the writers on this because they answered many of the interesting loose ends. For example how Madara was able to awaken the rinnegan and unlock the secrets of the ten tales. How he cheated death and was able to last as long as he did. It also explained where the zetsu clones come in. All along it was Obito who fought against his master Minato all those years ago. I can only imagine what went through Obito’s mind at the Ninja meeting when he met with Naruto to find out how he was able to change Nagato’s mind. Which brings me to the next part of the anime….

I telling ya this episode was chalk full of sweet goodness! We got a good look into the origin of the three amigos. These young ninjas was trying to bring peace to a ninja world that only knew about pain and suffering. Also we learned how Nagato got those eyes. Being of Senju blood Madara was a sneaky man. Gave the Nagato as a child his eyes. Now I have one thing to ask…. How did he do that? He had no eyes. Meh small details I guess. Anyway we see when Obito first introduced himself as Madara for the first time.

If you do not watch this episode something is wrong with you. Naruto is getting so sweet now that I can’t contain myself! There is more to come next week and only now we start to see how everything is coming together. Almost got me wondering how it all will end. With the manga reaching a dramatic climax. Yes I know of the manga. I don’t read it but from the conversations some of friends are having I can tell things are becoming heated more than ever. So till the next episode stay frosty!