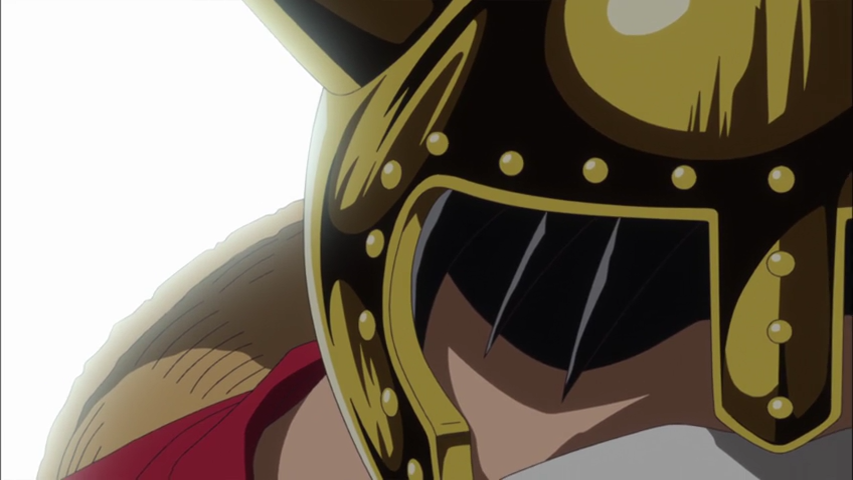 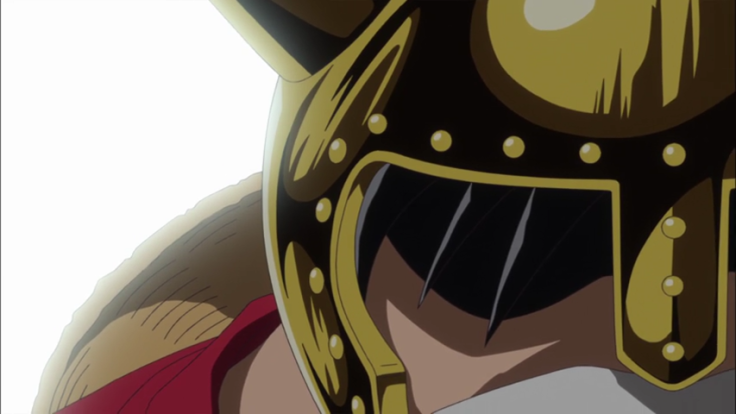 Fellow anime fans. The time has finally come. After watching every episode of One Piece thus far and understanding the pirate world I can comfortably review one piece. New episodes air every Sunday. So you can expect a review from me every Monday. I can see that Luffy and the gang will keep me laughing and occupied for many seasons to come.

We start off with Luffy exiting the coliseum after beating Chinjao. Luffy walking out like a boss. Then out of no where Cvendish come wanting to fight Luffy. This dude like man. You see the man tired from the epic fight just now. Does he really think he can beat Luffy. He need to go play marbles or something.

If that wasn’t enough. We got Bartolomeo the Cannibal having an epic man crush on Luffy. Mehson what kind of ting going on here. Where all these funny man come from. Is it because he can stretch. I don’t know.

We have Chinjao happy to get his pointy head back. Lol Garp one thump dull it up. Now Luffy make it sharp again. Bartolomeo was hypnotized from the time Luffy made the declaration he will be the new Pirate King at the same place they executed Gol D. Roger. Long story short he like man. Cavendish…. well he got issues. I ain’t able with him. Either way Luffy need a place to catch himself and fast. Lucky for him a real sweet ting was ready to rescue him!

Yeah dread…Her name is Rebecca. To be honest her name could be Obama. With that kind of body it wouldn’t even matter. So she pulled my boy out of a hot mess of a situation. Just to roll up in another situation. It is a battle that will eventually take place. He saw Jesus Burgess talking to his captain Blackbeard. Yeah dude uses multiple devil fruits. Dude is a demon. Nonetheless Luffy don’t care. Why cause he will be the Pirate King.

We all know that Luffy like him some meat. He like it more than voluptuous women who bought his food and was extra nice to him. But like a preacher once said…These hoes ain’t loyal!

Y’all know I had to do it. When I see how Luffy handled that situation I thought he was about to set it off. Not Luffy. He kept on eating like nothing even happened. We all know Luffy is like a child at times. Once he got food in front of him he ain’t messing with nothing else. Although he could of had a snack on the side. Meh it don’t matter this episode was a great side bar after that epic fight. I know the fight with Jesus Burgess would be something to see. The rest of the Straw Hat crew probably itching for a fight right about now. Trafalgar Law still in trouble with the Don. For a dude who wears pink is pretty tough. Either way I am actually enjoying One piece now. I will be pumping these reviews daily. I really had to understand the anime and appreciate it before I could write about it. So much anime so little time. Well till the next time stay frosty!