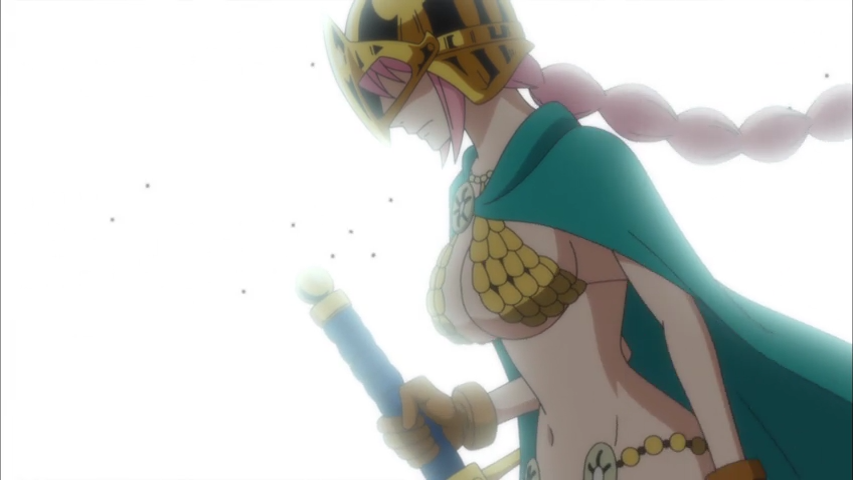 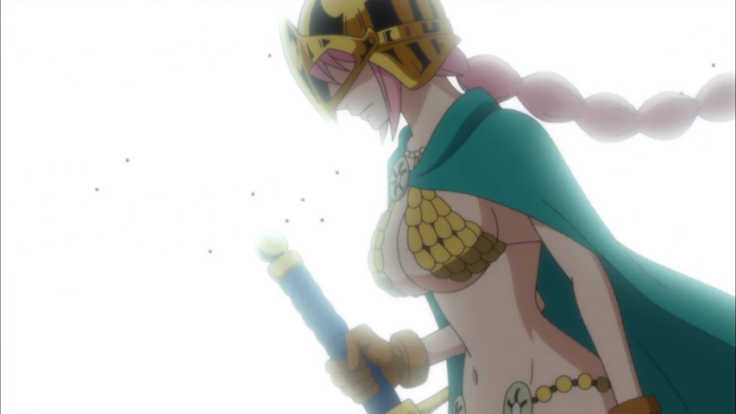 Hello fellow One Piece fans. Giving ya double feature. After watching both episodes I soon realized it is all about Rebecca. Hated by the country loved by a few. Two touching episodes that would make you root for the under dog. Not to mention she is so SEXY! I wouldn’t be mad at her at all…

We learn that it was a hard knock life for her. Being the only child and related to royalty she was destined to be something special. As we learn about the death of her mother and the toy that took care of her after was enough to almost make me shed a man tear….almost. We also see how after many trails and tribulations the toy soldier had to teach her how to fight. In many ways he protected her from many dangers. Even from boys…

So now lets fast forward to episode 652. She is hated by many. As she walks into the coliseum you can see the pain in her face. Luffy wonders why people hate for wat her grandfather did. Which makes no sense but we all know how these things go. Ignorance is a disease. Anyone can catch it.

What I found interesting is that there was one person there to put the crowd in dem place was Cavendish. He rolled in there disgusted by the crowd and let them know that they were all cowards. It was a very cool minute to watch. Although it quickly became all about him after that. Typical pretty boy swag.

We also see the fight between Doflamingo and Trafalgar come to an end. Real talk Doflamingo is really tough. I don’t know why Trafalgar kept up as long as he did. That’s my boy but he ain’t ready mehson. Lucky for him Fujitora came in and stopped Doflamingo from killing him. Blind dude is a beast. His pressure is immense.

What I realize about Mr. Doflamingo is that he picks his battles wisely. He don’t just start attacking like some wild animal. Fujitora called him a heavenly demon. That right there explains everything to me. I realize that he ain’t no toy. The fact Trafalgar pushing his luck with this man is quite dangerous. Either way we will see what the end game will be soon.

That was a nice sideline part to the episode. But we are back to Rebecca and the big fight in the coliseum. She dispatches her foes without harming them. Yet for a fighter with barely enough cloths sure don’t get any scratches. Her skin is flawless…ok sorry just me lusting. Both episodes felt like that they are preparing us for the grand fight that will be coming soon. We all know Luffy will fight hard for the flare flare fruit. The rest of the straw hat pirates are gearing up for the big war plans to dethrone Doflamingo and his gang. We all know with One Piece to don’t expect the usual storyline plot of the hero winning the day. Many times we see Luffy and the gang losing some battles. So I am quite interested to see how this will all pan out.