It rough. My ISP want to be upgrading service and cutting off service. But I am back and time to get back in the swing of things. Starting with the latest episode of naruto. This episode was all about Fu. This girl is a real crack head. I mean I know she was excited to meet friends and ting but she has no concept of danger. I doubt anyone would be able to beat her.

So going in the episode picked up where it left off. The weak was seperated from the tough. Basically most of them couldn’t make it in time. But the exams are now picking up steam. The fights are about to begin. Then as soon as it is over back to business as usual. I hope….

There was an attempt to assassinate Gaara. Where “puppet man” was there waiting on him. Without his makeup lol. Dude look funny. I always see him with the purple war paint.

The almighty eyes was on Kakashi. Trying to be slick and thought he could sneak in the Akatsuki territory. Who he think he is. 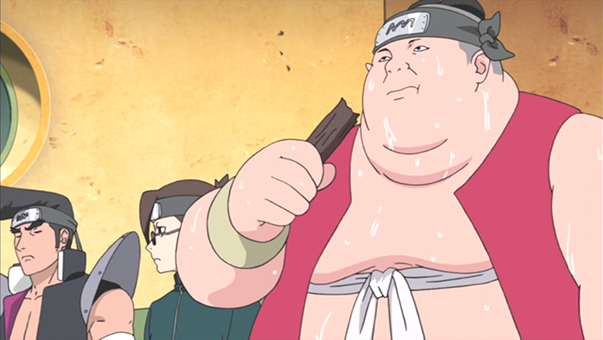 Then there was a food fight which I thought was funny. Dude was all sweaty and dem man was like if he get on the food it over. So my boy Neji do the “8 palm thingy” and protected the food…somewhat… So big fight broke out and it look like Rock Lee meet he match. Dude blocked his kick with one hand. So you done know Rock Lee have to fight him now.

All in all this was another fluff episode. I am hoping there will be 2 more episodes before the main arc starts up again.