WHAT THE FRAK BUNGIE!! SERIOUSLY!!! I am so piss right now. Sorry pull it back Ruscle. You wanna know why I am venting so much. Well while playing the Prison of Elders last night with my crew Blake and Cassin I got the news. Yeah Cassin was like hey y’all know the man dem that was bawling about the Thorn finally got their wish. I was like…. 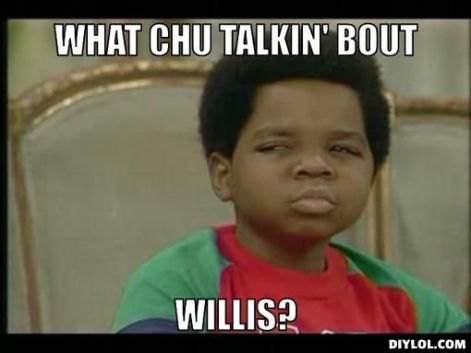 Yeah he goes on to say they released the info to the upcoming Weapon Tuning Update. So I decided to go read this for myself.

My Opinion
YOU SUCK BUNGIE!!! HOLY CRAP ON A STICK BUNGIE YOU S.U.C.K!!!!! Just because a bunch of pussies whining about the Thorn and Red Death you want to nerf the whole flipping class. Then the freaking Gjallarhorn!!! I mean come on!!! SERIOUSLY NERF THE GJALLARHORN!!! These man smoking the good stuff cause last I checked nothing was wrong with that rocket launcher. It is a exotic for a reason. Shoot when I got it the first time I didn’t realize how epic that rocket launcher was. But NOOOOOOOO a bunch of pussies ran on the forums pissing and moaning “No one wants to play with me cause I don’t have Gjallarhorn….” Boo freaking hoo you lil punk find new friends. Now all of us who have the Thorn and Gjallarhorn have to be nerfed.
So let me run it down for y’all. Auto Rifles got buffed. After the 1.1.1 update they basically sucked balls. Real talk. I use to use the Regime. Well that catching dust after that update. So Bungie logic is to make it strong again. “We realize no one is using Auto Rifles. So we want to fix what we did and make it useful again” Blasted idiots.
They gave the Pulse Rifles a huge buff last patch. Then the flood gates opened. Man used the pulse rifles like it went out of style. So once again Bungie logic. Lets make it harder to aim using the Pulse Rifle. To compensate for making it harder to aim or get headshots lets add more bullets to the clip. Yeah makes perfect sense Bungie. Thank You for doing your research. Retarded…..
Hand Cannons. Sigh…. My favorite gun class. The reason I spent hours in the crucible fighting to get my Thorn. Just to have to deal with the crappy slow reload and non existent D.O.T from the Thorn. Yet I pushed through and continued to use it. After the recent patch she was a beast. Everyone and dem grandmother had a Thorn. Shoot everyone was tHorny. So Bungie logic….. We %uck3d up with this. We need to nerf it again. Seriously Bungie stop messing with me. These mofos reduced the clip size. They reduced the range of the Hand Cannon. Basically say you know what….lets make this a skill weapon. No Bungie. What you did was make it what it was before. A complete waste of time to have. Oh those who was using the Last Word……. You suck salt. Hip fire accuracy was dialed back also. La freaking da….
Shotguns. Hmph. Felwinter Lie was the topic of attention. Oh yeah we need to fix this. Seriously Bungie.Like y’all was trolling the forums and say hey lets stop this abuse of range on the Shotguns. Bunch idiots. Yes cause I have two Felwinter Lie’s that fit every situation. But now sigh….. I don’t know it is like everything we did to compensate for the short comings of a gun they don’t want to happen.
Fusion Rifles. Yeah they just nerved that for no reason. Not gonna go into that to much.
Basically they nerfed almost everything in the game. No Land Beyond and Auto Rifles got buffs. Guess what Bungie the same fools y’all are helping out gonna go to the forums ranting and raving about another problem. Then y’all gonna fix that just to appease them. Grow a pair balls and stick to what you had. Geez….

Here is the official run through:

BASE WEAPON CHANGES
AUTO RIFLES
As a whole, Auto Rifles needed to be reevaluated from the 1.1.1 update. The goals are still the same for this weapon, but this time the approach centers on a higher base damage with quicker falloff. With 2.0.0, our Sandbox programmers have granted the ability to independently tune Range and Damage Falloff. This allows us to emphasize optimal combat range without violating some of the more intricate aiming systems that are tied into the Range stat.
When the update goes live damage falloff will be more obvious, (as shown in the following screens.
(Internal test level pictured below) 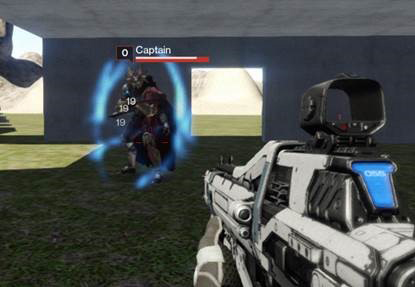 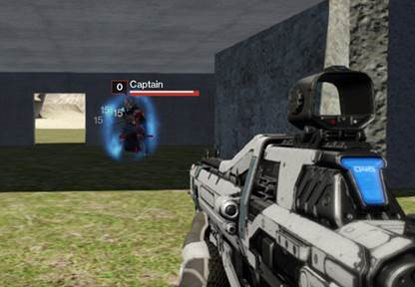 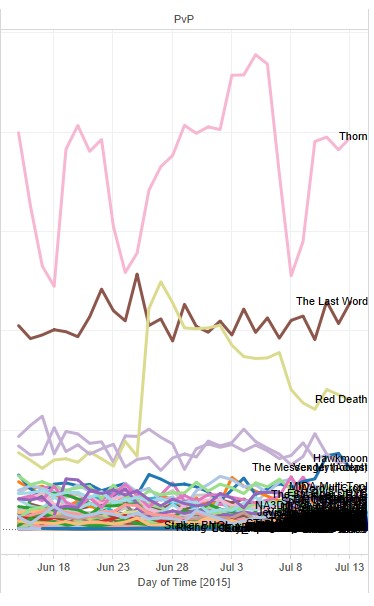 We want to preserve the functionality that makes Thorn such a compelling weapon, but its effective range and lethality are one of the most hotly contended items by the PVP player base. The base changes to Hand Cannons and weapon stats address Thorn’s range.

Hawkmoon
The elusive nocturnal bird… Hawkmoon has evaded many players for quite some time. It is one of the hardest weapons in Destiny to acquire, which probably makes it sting that much more when you are killed by it. When you get dealt a lucky mag and the bonus rounds all stack on one bullet, then that bullet will one-hit-kill a full health Guardian with a precision shot. Even though this is rare, just knowing it is possible tends to amplify the frustration for Hawkmoon’s victims so we’re taking steps to help ease their passing.
Ice Breaker
We’ve all done it. Hunker down in the back of the map with your lunch box, picnic table, a sci-fi paperback, and Ice Breaker. Kill all the enemies, wait for more to show up, kill those ones too, put a few shots on the boss, make a sandwich, finish the strike, and then collect your reward-that-isn’t-Hawkmoon and move on. The recharging ammo of Ice Breaker has become a staple for the PvE game. We don’t want to completely destroy that, because a really great thing happens when all of a sudden you need Ice Breaker and you’re still waiting on that next round to show up. In that moment there is an interesting tension at play; you need to think about how you spend your next few seconds while it recharges. We are going to amplify that tension by increasing the recharge duration by a few seconds.
No Land Beyond
Sworn off by most as a waste of Strange Coins, used as a joke weapon by people who want to stack the odds against their favor, and every now and then it is the tool of destruction that wipes up a Crucible match by a slick, run and gun, sniper elitist faster than you can say “Welcome to my YouTube montage.” We built No Land Beyond for the quick sniping, PvP-minded player. However as many have pointed out since it was released, the weapon does not hold up in PvE.
Black Hammer
While technically not an exotic, this weapon was chased as if it were. Currently it is the only Sniper Rifle that is more capable of ending a PvE boss faster than Ice Breaker.
Lord of Wolves
This weapon is a bruiser and doesn’t need help. The only element that is lackluster is the Recovery boost granted to allies from the Lord of Wolves perk. We had hoped this would inspire Fireteams to stay close and attack and defend as a unit, rallying around their pack leader. However the Recovery boost doesn’t do much to incentivize this. So we tripled it.
Gjallarhorn
If Destiny had a nuke it would be the “Ballerhorn.” We definitely intended to have a high damage Heavy Weapon that was ideal for PvE destruction. What we did not intend, and what we unfortunately saw, was pick up Raid and Nightfall groups gating participation based on whether or not players had this weapon. Gjallarhorn was so strong that for many people it had become the only answer to getting through tough encounters, and therefore they were less willing to spend time with other players that didn’t have it.
Equipped Heavy Weapon Popularity (PVE) 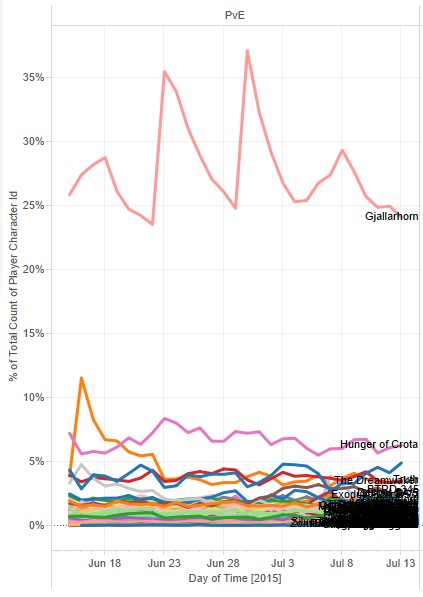 We strive for Destiny to be a place where a single weapon or strategy does not dictate how, or with whom, you spend your time. In the new world Gjallarhorn is still worthy of its legacy as an exotic Heavy Weapon, but we hope it promotes inclusive behavior rather than exclusivity.
WEAPON STATS
For Update 2.0.0, we also took a pass on weapon stats. This has a subtle but broad impact on gun combat. As we acquired and levelled up our Legendary weapons during the first year of Destiny, we realized that it is not very difficult to find weapons with strong starting stats that you can then push into pretty high ranges simply by using the default upgrades we make available on the talent grid. While it definitely feels great to grow a weapon into a deadly killing machine, the downsides over time are:
We took a few different approaches to stats that we hope address both of these issues, and also introduce a bit more variety into how your arsenal of upgraded weapons feel.
Reduced Base Weapon Stats
We reduced the base stat value of a few targeted stats across various weapon types. Specifically, we focused on the stats for a given weapon type that typically enhance performance the most and made those starting values slightly lower. This means brand new Auto Rifles will have slightly less starting Stability, brand new Shotguns slightly less starting Range, etc. You still have lots of options to grow those stats as you spend time with a weapon. Also, this change is only being made to weapons newly available in The Taken King, so your base stats for everything from launch through House of Wolves remain consistent.
Stat Perk Tuning Pass
The initial set of stat perks that have been on weapons since launch (Send It, Hammer Forged, Field Scout, Perfect Balance, etc.) all granted a pretty huge increase to their targeted stat. Not only did they spike their stat, but they never asked the player to make a meaningful trade-off for it on the weapon. We have gone back to all of these stat perks and reduced the amount that they buff your weapon stat, and this change was made retroactively against all year one weapon talent grids.
To compensate for the weaker stat perks from launch weapons, we added some new stat perks (which have already showed up on your House of Wolves weapons) that do provide a significant increase to a stat in exchange for a reduction in other stats. This allows players to be able to spike a stat that reinforces their play style, but at a cost. Basically, if you want to spike a stat we are asking you to specialize the weapon for what that stat offers.
Stat Perk column on Talent Grids
Lastly, we wanted to ensure that if we were introducing Stat Perks that asked you to reduce a stat, we never forced you into doing that by placing that perk on an unavoidable node. Talent Grids will almost always unlock in the order of: small benefit -> medium benefit or another small benefit choice -> large benefit with a tradeoff. The only node in that column you have to unlock is the first one. From then on it is up to the player which node they want activated at any given time.