Look chubble! These man take one of the most deepest and mysterious anime that I personally have ever seen since Ghost in the Shell. Well bad comparison but they both had me thinking like What the frak is going on here!?! I will do my best not to spoil the plot of the movie for those who been living under a rock.

The plot is this. There is a time when man depleted all natural resources and allowed technology to advance to the point of wars popping up all over the place. Then the titans came. They are almost immortal. No one knows where they come from. All we know is that they eat humans. The other thing is that they are always naked. Go figure. Lucky for us they don’t have any sexual organs. So when the titans came they ran. I mean who wouldn’t. Bullets don’t kill them. Atomic bombs did nothing. They just regenerate. So  what is the best idea. Lets build a wall. I mean that makes sense. Lucky for us titans are dumb. Not zombie dumb. Just lead by their stomachs dumb. 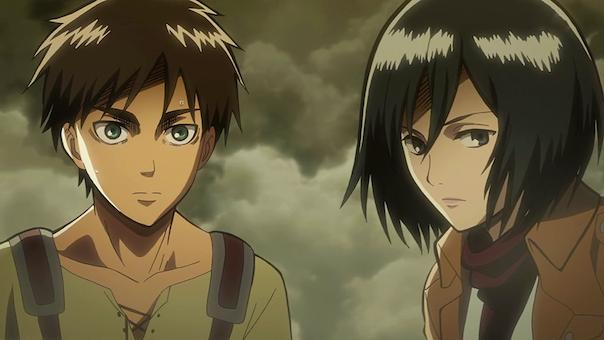 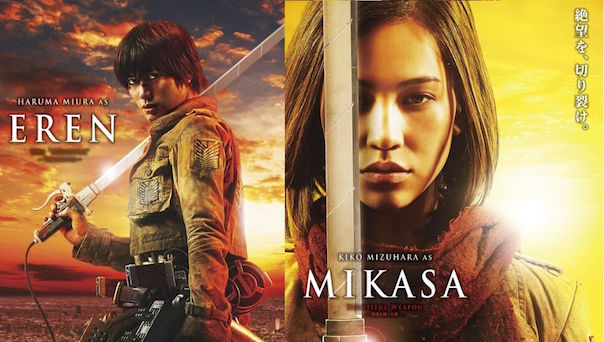 So since we got that out of the way the meat of this movie. Eren. He is the main star of this movie. Then we have his love sponge… Mikasa. Now for those who follow the anime like me don’t piss and moan when the movie isn’t following it 100%. All in all they did a good job. I mean what we all wanted to see was the titans doing what they do best. EAT. Of course they had to tweak a few of the story plots but not so much that it takes away from the core development of the characters.

There is lots of blood. This isn’t for the faint of heart. Many bodies will be eaten. Blood flowing like a river from the old testament. The characters are portrayed almost perfectly. I won’t say they did an excellent translation but if you never watched the anime then you gonna be good. If you watched the anime this will be a delight. Like double stuff Oreo cookie delight. In my opinion I feel that this is a good movie to watch. Many of the drama and action is there. Especially the thought process about the real enemy. Which we all know isn’t the titans….Either way keeping this movie spoiler free I say this is worth a watch.