AH the smell of new anime. Nothing is better than that. Especially when it is reminiscent of two of my most favorite anime to date.

Although I have seen many other anime series these two forever will be on my top ten list of anime series. So Good News! Another series have climbed up on my radar. I have to send a shout out to my friends over at Caribbean Gamer Network. (One of Carib Gamer’s Facebook Community ) They told me about this very cool anime. What Anime I am talking about? 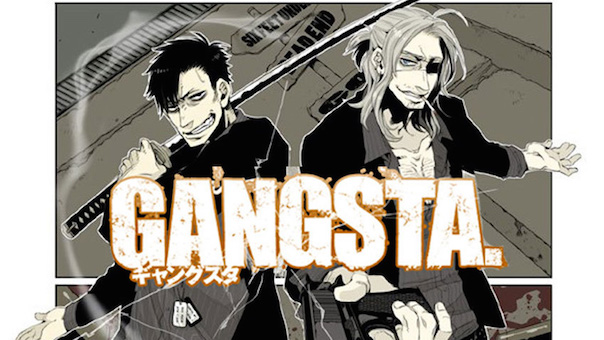 Gangsta is an adult anime. Not for your children for sure. From the beginning you can see that this is gonna be an awesome ride! Why? Well it is setup like an old mobster series. Lots of gang wars and crooked cops. What also draws me in is the history behind these people called twilights. The series revolves around two “Handymen” who take on jobs for both the mob and the police force that no one else can handle. The two, named Worick Arcangelo and Nicolas Brown. They work in the town of Ergastulum. Place is beaming with mobsters and prostitutes.

Nicolas Brown is def. He is a twilight with exceptional skills with a samurai sword. Dude is a BEAST! Then you have Worick Arcangelo who is missing one eye. He has this epic photographic memory and can read books incredible fast. Oh he is also a gigolo.

So if you are looking for an anime that have a deep story, hot chicks, epic action and adult humor I say give it a watch.