This is it. I remember a certain somebody told me that mobile gaming will be the new handheld gaming device. At that time I was in doubt. Yes I was a big PS Vita user. I even owned a PSP. Never really got a Nintendo DS. I had a Nintendo Gameboy. So my thought about gaming on my phone wasn’t my idea of real gaming. So as time would have it…. Mobile phones iOS in particular seem to have gone in the forefront with Gaming Apps. To the point now that most played games are on the mobile device. I own an iPhone 6. So when I heard the announcement that one of my most favorite RPG game of my favorite RPG game coming to the iOS made me puke rainbows. 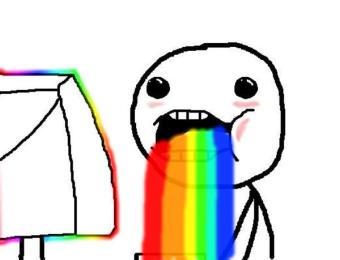 The one game that made me buy it for every Playstation that ever came out except for the PS4….for now. Yes I am talking about Final Fantasy 7. I still own the original discs for the Playstation 1. From the first time I played it I knew this would of been an all time favorite. So when I saw it on the App Store for $15 I nearly choked. Blasted game expensive! Geez um bread man! For that kind of price I suppose to be getting the deleted scenes and every hack that came with the game. Nonetheless I bought the game. 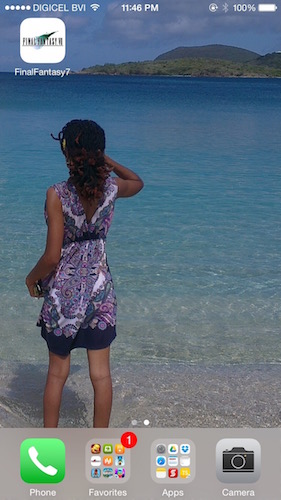 Just know you will need a whopping 2gbs of space. Since Apple lift the size limitation this is the first app I ever downloaded that went past 1gb. Was it worth it? I mean it is the same game we all played back in 2007. 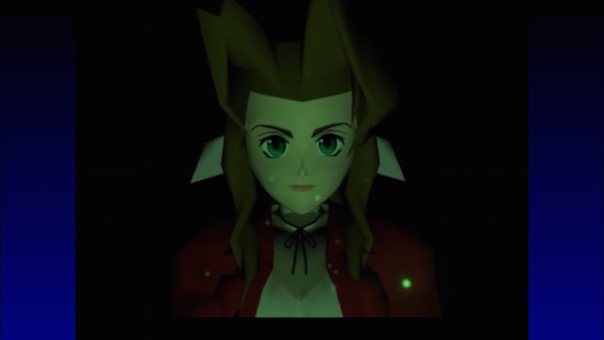 The game plays very smoothly. The graphics are still the same. My only gripe is the touch screen controls. I am a controls kinda guy. Not really into the virtual controls. Yet I won’t knock it that much. They are OK. Not the best but would take some getting use to. Not to mention the always running feature does make it a little harder to control. I get why they did that. Makes it easier to move around without holding “X”.

As you can see the screen is some what chopped. Does that makes sense. In my opinion no. But it does allow you to use your thumb on the screen without getting in the way of playing. Also for those who have an iPad with their iPhone there is cloud saves. That is right. So you can transfer game saves across devices making it much easier to continue this epic journey.

Best believe the original experience is still alive in this PC to iOS port. Yeah I thought it would of been a port from the PS1 but no. Don’t matter though. Still the same game. I really don’t know how this game got me wrapped around it’s little finger like that. I guess you can call me a sucker for good old nostalgic games. So if you are a complete fanboy for Final Fantasy then getting this game is a no brainer. Especially if you are getting the Mad Catz C.T.R.i controller for iPhone. If you are not as nostalgic as I am and never played this classic gem then I say give it a go. This is a great and very well worth $15 if you want to play a game that lived through the ages. So give Final Fantasy 7 iOS a try!