Sony came out guns blazing! With a live orchestra, exclusive games and a solid line up. Oh boy ting sweet this year! 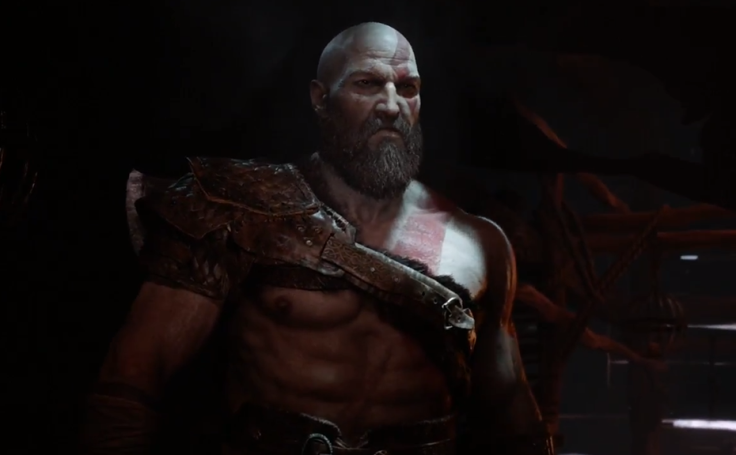 I mean come on!!! That is how you start a Press Event! The God of War himself. As you can see he isn’t a god yet but a viscous warrior. Also we see the father side of him teaching his son how to hunt. The steps on becoming a man. This game look gorgeous. I can’t wait to play this game…

This isn’t your typical zombie apocalypse shoot’em up game. This is going for the “Walking Dead” drama approach. Call it cliche but there is an audience that eat this stuff up.

Final-freaking-ly! This game was becoming a running joke every E3 ever since it was made. Now we have a release date October 25, 2016. The hype behind this game is unreal. I know this game will live up to the hype cause if it doesn’t….Rivers would run blood….

I am not gonna say that I am thrilled about this game but I can say that it is very pretty. Now one thing that got me concerned is the constant going into menus while in combat. I understand the type of game but I guess I have to play it first hand to see how it pans out. The action seem intense and strategy plays a huge part in the combat. Can’t just go in guns blazing and expect to win. An interesting game that I will have to taste for myself.

This game right here peeked my interest. The idea behind every choice and the series of events that follow determines the outcome is intense. Will he choice I make get me killed? Could I save the girl? Will he die? All of these choices makes it hard to just answer every situation carefree. I will keep an eye out for this game…

Hell to the no! I am already afraid of the game and they want me to play it using VR! Dem is mad man. Although I know many people who would want to take a trip down this twisted path. I can still remember playing the first game and that spider dropped from the ceiling.

I won’t lie….I am not a fan of VR but they way Sony giving it to me seem like I may enjoy it. Call me stubborn but I got burnt to many times with gimmicks. Although I will give this one a definite try.

This was my dream to fly an X-Wing since I saw the first Star Wars movie. Finally the hardware caught up with the vision. This game was made for VR. This is one game where VR makes complete sense.

YES YES YES YES YES!!! A thousand times yes! I would love to see through the eyes of Batman. Did I ever told you guys I am a huge Batman fan…Just throwing that out there….

Square Enix really pushing this game hard. This in my opinion seem to be their most ambitious title yet for the series. Then they added VR to it. Now I saw a point when he was teleporting it looked like it was more confusing for a moment catching himself moving so fast. Will see how that translate in a real game.

After the amount of hate this game received I am not sure this will survive another year. If you played any Call of Duty game you can instantly tell that this game is showing its age. They need to work this game from the ground up. They are taking bits and pieces from different games and trying to hard to be unique.

What can you say. This is Lego. Available June 28, 2016. That is literally in two weeks. Also the Demo is live now so get downloading!

I won’t lie this game didn’t even made me want to play it. The whole naked dude holding a baby then no sort of idea what kind of gameplay we can be looking forward to. Nah. I can assume it will be like Metal Gear? I don’t know…

Just pure awesomeness. I remembered the first Spiderman game I played with the open world. The graphics in that time was good. Yet when I see this a bit of nostalgia fills me up. This game looks like it will be loads of fun! The action looks clean and fluid. I hope they don’t make the classic mistake and make it repetitive. Either way it looks amazing and I can’t wait to play it!

That is right folks! Playstation VR will be around the same price as the Xbox One S. Pretty steep but you have to want to play VR games to pick this bad boy up. Although with the upcoming games you may want to pick one up. I remember things like PS Move…yeah that died a horrible death. Call me paranoid. Not falling for another gimmick. Playstation did not focus on the hardware and other cosmetic changes. They focused on games and support for their one Hardware. The PS VR. Sony gets an A+ for the sheer amount of games that I feel compelled to get and try. You never know. I might get one if all my friends pick one up..