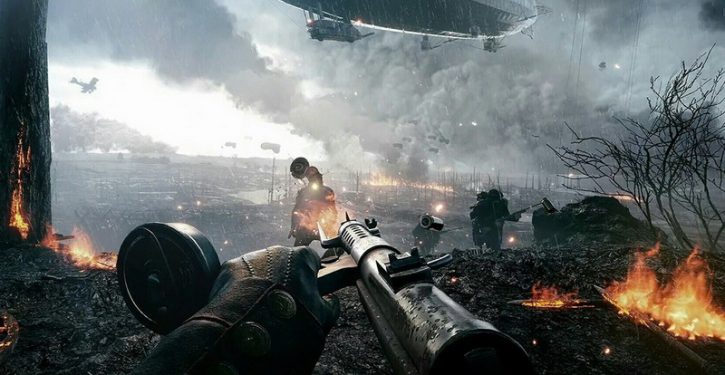 If you are looking for a game that don’t have a Sci-fi tone, double jump, hanging off walls, uneven maps and a solid boots to ground action. Look no further. Battlefield 1 is what you’ve been craving for. 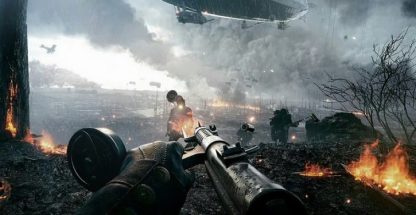 At the core of the game you have a solid shooter that had a long line of predecessors to fine tune their craft. One game that stands out would be Battlefield 4. When that game launched the amount of bug and glitches in that game could make a grown man cry. I was one of the faithful few that kept playing it. Several patches later the game is solid. Dice made a bold change to the flow of First Person Shooters by counting backwards and taking it back to World War 2. The main campaign follows the story of not just one soldier. These ‘War Stories’ are a breath of fresh air compared to the traditional campaigns found in most military shooters, and for a couple of reason. Switching up the perspective across a few characters help to avoid a tired, warn-out feeling that usually sinks in after a few hours. Throughout the game’s five war stories (plus a prologue and epilogue), you’ll find yourself travelling all throughout Europe, and through the deserts of the Middle East. It is a smart way of giving the gamer a taste of all the facets in the game. While I wholeheartedly recommend that everyone should give the game’s War Stories a go before they jump into the online multiplayer, I specifically recommend it for series newcomers, as the various single-player missions do an excellent job of introducing you to concepts and mechanics that will prove most useful once you jump online. Each War Story adopts a different play-style or featured gameplay mechanic, which helps avoid a feeling of repetition. Cause we all know what is the meat of the game. The Multiplayer.

This is where Battlefield 1 really shines. With crisp graphics, intense action and addictive progressive system this game seem like a gift for shooters. Here are some of the multiplayer modes you can find in Battlefield 1:

A staple of the Battlefield franchise. In this, a team must defend two points from an attacking team. Once both points have been destroyed (by arming a bomb on it), then the map will shift to a new area, and fresh points will spawn to be protected. The match ends when the attacking team either destroys all of the objectives, or they run out of respawns.

Conquest is a bigger game type. The maps are much larger and feature a lot of vehicular combat. In this game mode, you must capture and hold objectives to earn points. There are usually a minimum of 5 flags to capture, but often times there are more. The first team to reach 1000 points will win the round.

This one is fairly self explanatory and common among shooters. Maps are quite a bit smaller in this game type and there are no vehicles. The first team to get the necessary number of kills will win.

This is a smaller scale version of Conquest. In Domination, you must capture and hold flags, but there are no vehicles and the maps are considerably smaller. The first team to reach the necessary score will win the round. 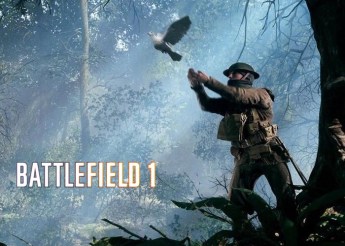 This is a unique game mode where a War Pigeon will spawn on the map. The two teams must then fight to capture the pigeon, then survive long enough to attach a message to it and safely send it into the skies. The first team to successfully send 3 messages using the pigeon will win. 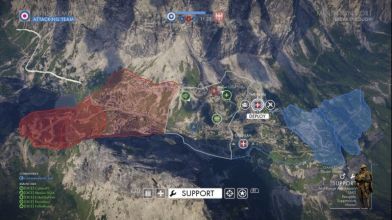 This is a new mode added for Battlefield 1. It’s a combination of Rush and Conquest, where an attack team must capture two flags and hold them simultaneously. Once they do, the map shifts forward, and they must repeat the process.

The attacking team loses if they run out of tickets, however the game won’t be over. The attackers have 3 total chances to make progress, meaning the match will reset and they can try again with all new respawns, and a new Behemoth vehicle to control.

Operation matches start with few vehicles and in tight quarters, and expand as time goes on. Operations also takes a long time to complete, with matches lasting well over 30 minutes.

Of course this game isn’t perfect. Some gamers have been complaining about the bayonet charge. Basically it is a melee move that will allow you to charge and stab your opponent. Some complained that the animation for it is too fast. There is also reports of joining up in rooms with your team mates prove to be troublesome. For example, when backing out from a match to join up sends you to a black screen. So yeah there is some bugs that needs ironing but for the most part the game was launched without any major game breaking problems. Also the learning curve is pretty steep. Especially using the older type guns and understanding could make or break some casual gamers.

For the Call of Duty fans this isn’t your everyday shooter. Battlefield is another type of beast. Dice did an excellent job delivering on their promise. I was sitting on the fence with this game and got it at a great deal. So if you want a new FPS game then Battlefield 1 should be on that list of must buy games.http://keit.staticweb.tk/yZb6G5dfgKGJ